YELP Stock Analysis:  Do you eat?  Of course you do!  When you go out to eat with friends, family, and/or loved ones, are you taking note of the quality of food?  The ambiance?  The service?

Or – when you’re looking for that next place to eat – did you want to see what others thought?  Maybe even service providers?

My guess is that you’ve used Yelp in one way, shape, or form.  If you haven’t, below is a bit of an education and we’ll perform a YELP Stock Analysis to see if this foodie site is worth adding to your portfolio.

You can generically lump Yelp into social media because you can connect with friends and other “Yelpers” – but it’s also a bit different.  Here’s the basic premise for the uninitiated.  A person can look up reviews on restaurants, parks, hotels, events, and even service providers through www.yelp.com or using the Yelp app.  (Note:  Personal gripe here – but if you try to use Yelp on your phone, it essentially forces you to download the app).

The reviews are on based on a 5-star system and are provided by Yelpers.  Yelpers are encouraged by the site and community leaders to provide insightful reviews and helpful photos.  Particularly active users are also granted “Elite” status (either through peer or self-nomination) and that grants access to special invite-only events.  Additionally, users can check-in to locations and earn rankings (such as Mayor) if they check-in frequently.  Finally, reviews can receive their own feedback – such as “cool”, “funny”, “useful” etc.  The crown jewel of a review is being selected for Yelp’s “Review of the day.”

Author’s Note:  I don’t like to brag, but I am currently Yelp elite and am the author of two reviews of the day! 🙂

Yelp (NYSE: YELP) went public March of 2012 and opened at a share price of $15.  Two years later, Yelp hit an all-time high of around $97.  However, by February of 2016, Yelp was trading around $15 again and has begun a slow, but steady climb.   We’ll use IDDA for Yelp stock and see if these reviewers can bring us some revenue. Let’s start with the first IDDA point, the fundamentals.

Feel like your broker is stealing from you?  Why not steal from your broker…ethically of course. 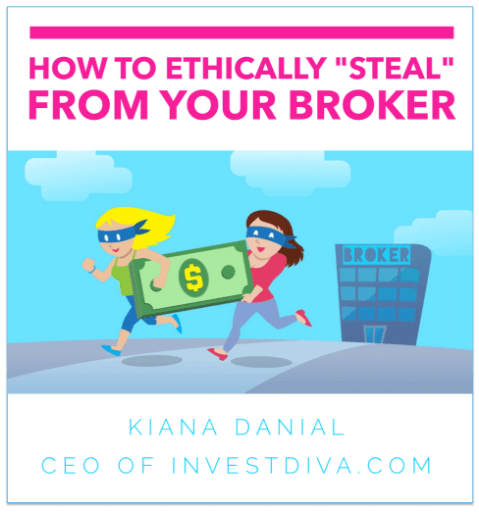 Yelp Stock (NYSE) operates out of San Francisco, CA and declares their purpose to be:

Yelp has over 168 million unique monthly users – with over 100 million of those users contributing reviews.  In addition to providing crowd-sourced information on restaurants and services, Yelp also owned “Eat24” – a delivery service that was used to deliver food on behalf of restaurants.  However, as of October 10th, Grubhub (former competitor)  completed its acquisition of Eat24 from Yelp.

Former PayPal employees Russel Simmons and Jeremy Stoppelman founded Yelp in 2004.   The company grew through fundraising while its revenue base grew.  From 2009 to 2012, Yelp focused on becoming a multinational organization by expanding through Europe and Asia.  There were some brief talks about being acquired by Google, but those fell by the wayside.  The primary source of revenue for Yelp is through paid advertising.

Despite the decline that occurred over a 2 year period (2014-2016), Yelp Stock would not have been a bad stock to own.  A lucky investor may have been able to quadruple and then subsequently triple his/her investment since its IPO, but even if one just held on to Yelp Stock since inception, you may have tripled your investment over a five and a half year period.

Good to Know:  YELP Stock reported Q3 earnings Nov 1, 2017.  The news received mixed reviews.  Yelp exceeded revenue and earnings per share targets – but hedged expectations with lower than expected earnings predictions for Q4.  Shares fell almost 6% on this news but bounced back rather quickly..  Like many other tech/social media stocks – YELP Stock does NOT pay a dividend.

Is it a social media company?  A tech company?  An advertising company?  YELP is all three (including delivery) – so who are they going up against?

YELP Stock’s competitors seem very familiar – do they not?

Despite fierce competition from Facebook and Google for advertising dollars, YELP Stock has increased ad revenue every year since 2012.  YELP Stock’s gross profit has nearly tripled since 2012 as well.  They’ve managed to take a competitor such as GrubHub and form a profitable partnership and even spin off Eat24 to gain some additional capital.

YELP Stock is not without its faults.  There is a suspicion, especially among small business owners, that Yelp leverages its influence in the form of rating manipulation in order to coerce business to advertise on Yelp.  However, despite the somewhat negative press, the user base has grown and on an anecdotal level – I have personally noticed many a small business proudly display the “Yelp loves us!” sticker in their window.

Yet, I share analyst fear about Yelp Stock’s business model.  They’ve been successful in ad revenue, but is one stream enough?  They just sold off a service provider.  At this point, my fears are somewhat tempered by the fact that they are truly the top dog in the online review business.  Yes, Google offers review capabilities, but Yelp is the service that people think of first when they want to know how good (or bad) a restaurant or business is.

The second point of the IDDA focuses on technical analysis. YELP stock price skyrocketed to all-time high levels above $100 within two years after its IPO in March 2012. However, it took the following two years to drop all the way down below its IPO price, reaching the all-time low level of 14.88. After bottoming out, though, the price appears to currently be moving within an upward channel on the monthly chart.

Taking a look at YELP Stock’s daily chart, and performing the  Ichimoku and Fibonacci analysis, we can see that the price broke above the Ichimoku cloud and the 23% Fibonacci retracement level of $31.42 back in July 2017. It then went on to break above the second pivot level and 38% Fibonacci level of $42.17, with the future cloud moving upward.

The medium-term resistance levels are set at the next Fibonacci levels, at 50.85 and 59.14 respectively. This Fibonacci setup starts to retrace the price action since the beginning of the most recent long-term downtrend in August 2014 at $86.86. It is tracking the downtrend all the way down to the all-time low level of 14.55 in February 2016.

Now let’s take a look at other market sentiment indicators for YELP Stock.

There’s a bit of a mixed bag here.  The MacD is indicating a slight uptick (bullish) movement, but CCI and RSI are both reflecting bear movements with the stock.  Also, looking at our trading charts, we can see that YELP Stock is hit hard when Wall Street doesn’t like the news.  Remember Kiana’s advice – buy on the rumor sell on the news!  But all is not lost – we’ve seen that YELP Stock is capable of bouncing back.  This downturn could present an opportunity for us to get in at a much better price.  But let’s move on to our final point to really help us make our decision.

While the fundamental analysis of YELP Stock paints a negative earnings outlook, the technicals suggest the price could zigzag its way up to the upper band of the upward channel, reaching the 50% and 61% Fibonacci retracement levels at $50 and $59 respectively. The market sentiment is also painting a mixed picture.

Adhering to the IDDA model, you have to take the info we provide (and maybe add your own research) and calculate your risk tolerance before deciding on the investment strategy that is suitable for your portfolio. If you haven’t yet, please join us for a free master class to learn more!

To supplement your risk management strategy, I’d like to note that YELP Stock’s Beta is 0.77 – meaning it’s about 23% less volatile than the market overall.  That could be a plus for any nervous nelly investors.

You have all the data at your fingertips to make the best decision on if YELP Stock is worth adding to your portfolio – and if so, you’ll know the right time to pull the trigger.

Are you still not sure whether the YELP stock share is the right fit for your portfolio, and if it is, when to get in and when to take profit? Join our Investing Group to get first-hand advice!

With this being my third article, you know I focus on stocks.  But if you’re following Kiana – you know she’s also educating investors like you on other choices such as Forex, cryptocurrencies, and ETFs.  Be sure to check out everything she can teach you!