Walmart WMT Stock Analysis: Trading at an all-time high, can this mega-retailers push past its ceiling to new heights using the holidays as a trampoline?

First off – total bummer! Something happened w/ Kiana’s site and we all lost out on probably the most amazing article I’ve written to date on Costco COST Stock. *sigh* I guess we’ll live. Tell you what – here’s my challenge. Take what you’ve been learning and join our Investing Group. Then chime in and let us know if there’s an opportunity with Costco!

As part of my Holiday Retail Series – we’ve landed on Walmart WMT Stock, having covered Target and Costco. And I have to tell you, this is going to be a tough article for me to write. I LOATHE shopping at Walmart. However, I have to remove my emotions from this and do my best to perform the right analysis for me and you! Fortunately, under Kiana’s tutelage we’ve got a great framework to reduce emotions and rely on data.

Good to Know: Walmart WMT Stock currently pays $0.51 in dividends, which is roughly 2.1% annually. The next dividend date will be in early March.

Walmart WMT Stock (NYSE: WMT) was founded July 2, 1962 in Rogers, Arkansas by Sam Walton. Having worked for JC Penney, Mr. Walton used his retail experience and his idea to bring low-cost items to consumers to put Walmart on a path from its first store, to nearly 12,000 stores worldwide. Walmart has added Sam’s Club (a direct rival to Costco) and Neighborhood Markets (smaller and focused on groceries) and have used their size and branding to increase their online presence, even serving as a marketplace for third parties. Walmart has typically behaved as a blue chip stock, oscillating between $40-$60 for some time but is now trading at nearly $100. Therefore, let’s use IDDA for Walmart WMT Stock to see if now if the time to buy and if it’s not, when is the next opportunity. Onto fundamentals!

“We save people money so they can live better.”

There you have it! Walmart wants you to view them as the low-price destination for your shopping and they take that a bit further by implying that the money you save by shopping with them will lead to returns elsewhere. Pretty savvy!

As mentioned above, Walmart was founded by Sam Walton. Within five years, Mr. Walton had expanded from one store to 24 stores across Arkansas. In its sixth year, Walmart entered neighboring states Missouri and Oklahoma.

Walmart continued its rise through the 70s and 80s and in the 90s became the largest US retailer, surpassing rivals Kmart and Sears. The 90s also signaled expansion out of the Midwest and to the East and West Coasts. In the mid- and late-90s, Walmart had gone international entering the South American and European markets.

During its rise (beginning in the 70s), Walmart went public on the NYSE. It’s had a bit of a mixed reception overall. Truly, consumers love paying low prices and Walmart became one of the most profitable companies in the world because of their operations. However, they earned a negative reputation for moving into an area and shutting out local businesses. In today’s day with social media and people “voting with their dollars”, there are fierce loyalties and even boycotts. However, despite any negative press, Walmart continues to thrive.

Good to Know: Walmart WMT Stock has beat earnings estimates four quarters in a row. Q4 earnings will most likely be reported in February 2018.

Let’s take a look at some numbers:

So we have an international company with large distribution networks and different ways to reach consumers. Who are they going up against?

Per Morningstar, Target TGT Stock is competing against these companies:

I still think we should also consider Amazon a competitor. Walmart, unlike Target, is very keen on the online marketplace and as mentioned above – they are allowing third parties to sell on the walmart.com website.

To use an anti-pun, I’d say the “target” is on Walmart’s back, especially if you’re a Costco or Target organization.

In the past 5 years, Walmart WMT Stock has been able to increase gross profit. They’ve also reported nearly 50% growth in ecommerce. Walmart is working to reduce inventory on-hand which will increase free capital. Also, they have the Walmart name and distribution reach.

Please balance this against reduced ROI (where Walmart is losing to Costco) and a pretty conservative 5% EPS growth guidance for next year. Numbers like that don’t really impress Wall St. Let’s dig deeper and see what other data shows us.

For our second point of IDDA we’ll look at Walmart WMT Stock’s technicals. Walmart is trading roughly 3% below an all-time high of 99.62. Let’s take a look at some trends.

Things are looking good for our discount retailer

Since February, Walmart has climbed offering investors (if they jumped in) roughly 50% returns! Additionally, a few dips here and there where savvy folks could take advantage of some dollar cost averaging. Okay, so what – we’re trending up. Remember the basic stock addage – buy low, sell high. Well, we’re high now! Let’s take a look at Fibonacci and Ichimoku and see if there’s a time to buy soon!

Immediate support at 91.71 with a bullish cloud

Performing the Fibonacci retracement, we can see that we have immediate support set at 91.77; but an earnings miss or other bad news could see the stock fall to as low as 82.67.  We see resistance at 99.90; however, the bullish Ichimoku cloud + strong earnings could see Walmart WMT Stock push through.

Let’s switch the chart to a 4 hour look to see if additional granularity.

When we switch to the 4 hour look, we can see support at 93.60 but also, the Ichimoku cloud could be indicating that Walmart WMT stock won’t fall much below 96, and being bullish in nature, we may go past our resistance of 99.30.  Let’s take a look at Market Seintment.

Before we take a look, there are a lot of terms that we take for granted and there’s a ton to learn about investing.  I learn every day.  But if you some help, be sure to sign up for Kiana’s updates!  You’ll get the blog updates, analysis, and insight.  And best of all – it’s RISK FREE!

Here are some of my favorite indicators – especially since I trade options!

Wow, we haven’t seen signals like this in quite some time.  The options indicators are in direct contrast to our Ichimoku cloud.  The good news is that the market sentiment indicates that there may be a downturn in Walmart WMT Stock.  Why is that good news?  Well, if you’re looking to enter into a Walmart position, a decrease in price presents a great opportunity.  This will be a stock to watch, for sure!

Whether you’re ready to enter Walmart WMT Stock or any other stock, you should calculate your risk tolerance before deciding on the investment strategy that is suitable for your portfolio. If you’re unsure about what I’m talking about, sign up for a free master class to learn more!

To supplement your risk management strategy, I’d like to note that Walmart WMT Stock’s beta is 0.11 – meaning its roughly 89% less volatile than the overall market. Remember, something like Gold (GLD) has a beta of 0.09 – which makes it a hedge against a bear market. Interesting that a retail stock like Walmart would behave the same way.

As always, we provide Invest Diva’s calculations for important approximate levels, with regards to the Walmart WMT stock analysis.

There you have it.  While I’m not a fan of the store itself, I am adding Walmart WMT Stock to my watch list because there could be a great opportunity coming our way.

Be sure to sign up for our Investing Group. We’re talking forex, crytpocurrency, stocks and making great friends along the way! 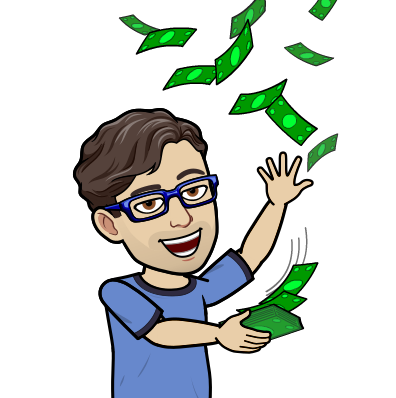